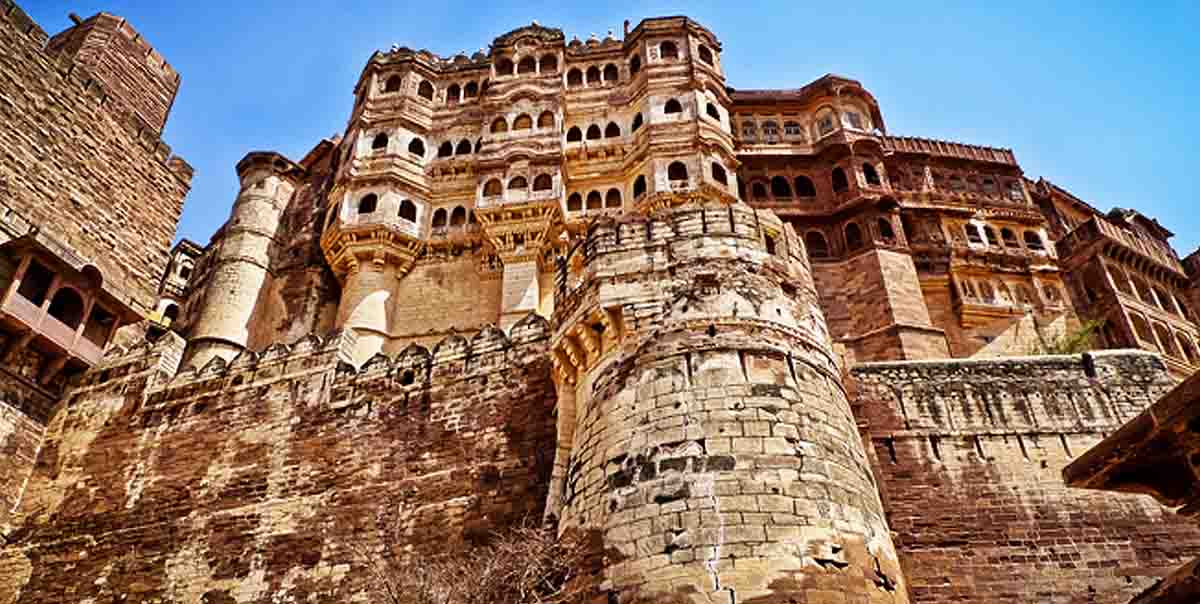 On arrival at Udaipur and transfer to the hotel. Relaxation of the day free time for shopping around the local market. Overnight remain at hotel.

In the morning have a boat ride at Lake Pichola. Next visit City chateau - It was made by the Maharana Udai Singh as the capital of the Sisodia Rajput clan in 1559. Jagdish Temple - Jagdish Temple is a big Hindu temple in the middle of Udaipur in Rajasthan. A big traveler attraction, the temple was originally called the temple of Jagannath Rai but is now called Jagdish-Ji, Saheliyon Ki Bari (Gardens of the maids of Honor) & Museum. Evening shifting to the hotel. Remain overnight at the hotel.
Udaipur the "City of Lakes" is one among the greatest romantic & most beautiful city of India. It is a lovely land around the blue water lakes, edge of the lush hills of the Aravalis. A vision in white soaked in romance & beauty, Udaipur city of Rajasthan state is an attractive blend of sights, sounds & experiences - an inspiration for the imagination of the painters, poets & writers. Udaipur's lakes, gardens, temples and narrow lanes scattered with stalls, carry the flavor of heroic past, epitomizing valor & chivalry.

After breakfast transact to Jodhpur. On coming at Jodhpur check-in at hotel. Evening free time for shopping around the local market. Overnight remain at hotel.
Jodhpur is well-known as the "Sun City" for the bright, sunny weather it enjoys around the year. It’s also referred to as the "Blue City" due to the bright blue-painted houses around the Mehrangarh Fort. The old city circles & the fort is bounded by a wall with several gates. Whereas, the city has expanded very much outward the wall over the past several decades.

After breakfast go for a half day sightseeing trip of Jodhpur city. Visit the Mehrangarh Fort - Mehrangarh Fort, situated in Jodhpur, Rajasthan, is one of the major forts in India. The fort is located 400 feet above the city & is appended by impressive thick walls, The Jaswant Thada - The Jaswant Thada is an architectural landmark situated in Jodhpur. It’s a white marble memorial made by Sardar Singh in 1899 in memory of Maharaja Jaswant Singh II & the Umaid Bhawan Palace - Umaid Bhawan Palace is one of the world's biggest private residences. A part of the chateau is managed by Taj Hotels. Named after Maharaja Umaid Singh, grandfather of the present owners of the fort, this monument has 347 rooms and serves as the principal dwelling place of the ex-Jodhpur royal family.
Afternoon transact to Jaisalmer, on coming check-in at hotel. Overnight remain at hotel.

After breakfast go for full day for exploring trip of Jaisalmer. Visit the Jaisalmer Fort - Jaisalmer Fort is one of the biggest forts in the world. It’s located in Jaisalmer city in the Indian state of Rajasthan. It was made in 1156 AD by the Bhati Rajput ruler Rao Jaisal, from where it derives it is name, Manak Chowk, Havelis, Gadisar Lake - Gadisar Lake is one of the most important sightseer attractions in Jaisalmer, Rajasthan, It is charm lies in the fact that it was the only source of water for the Jaisalmer city in the olden days, and the colorful markets. In the afternoon go for a trip to Sam Sand Dunes. In the evening take a Camel Safaris in Jaisalmer & enjoy the sunset at sand dunes. Later transact back to Jaisalmer. Remain overnight at the hotel.
Jaisalmer was established by Prince Jaisal Bhatti. The town stands on a braid of yellowish sandstone, crowned by a fort, which contains the palace and several ornate Jain temples. Centenaries ago Jaisalmer's planned position on the camel train routes brought its local’s huge wealth which they spent in building intricately carved palaces & temples in golden-yellow sandstone. These fortresses of Jaisalmer also famous as Havelis of Jaisalmer are like a mirage in the barren Thar Desert. On either side of the narrow lanes of Jaisalmer are the sandstone havelis, made up with stone carvings, delicate pavilions, screen windows & balconies.

After breakfast transact to Bikaner. On coming check-in at hotel. Evening free time to travel city by your own. Overnight remain at hotel.
Bikaner established in 1488, the desert city of Bikaner is situated in north-western Rajasthan. The city was initiated by Rao Bika with the help of Nehra Jats. Bikaner was well protected from it is enemies by the rigid deserts. It was also a main trade centre as it was situated on the pristine caravan route which linked Central Asia & North India with Gujarat seaports.

After having breakfast go for half day trip of Bikaner, visiting the Bikaner Fort (Junagarh Fort)- The fort was fundamentally called Chintamani & was renamed Junagarh or "Old Fort" in the early 20th century when the ruling family moved to Lalgarh Palace outward the fort limits, The Lalgarh Palace - The palace was made between 1902 & 1926 according to Rajput, Mughal & European architectural styles & the Deshnoke Temple (Karni Mata Temple) - Karni Mata, considered as an incarnation of Goddess Durga lived here in the 14 century & performed several marvel.
Afternoon transact to Nawalgarh, on coming check-in at hotel. Overnight remain at hotel.

After having breakfast visit the Amber Fort climb the fort in Open Jeeps. Amer, primordially, was the capital of the state before Jaipur. It’s an old fort, made in 1592 by Raja Man Singh, Maharaja's City Palace - City Palace, Jaipur, which includes the Chandra Mahal & Mubarak Mahal palaces & other buildings, is a palace complex in Jaipur, The Observatory (Jantar Mantar) - The Jantar Mantar is a digest of architectural astronomical instruments, made by Sawai Jai Singh who was a Mughal Commander & served Emperor Aurangzeb & later Mughals. Transact past the Hawa Mahal (Palace of Winds) – It is masterly five-storey exterior is also akin to the honeycomb of the Bee-Hive with it is 953 small windows called jharokhas that are decorated with complex latticework. Evening shifting to hotel. Remain overnight at hotel.

After breakfast transact back to Delhi. On coming Delhi drop you at airport to connect flight for forward destination. 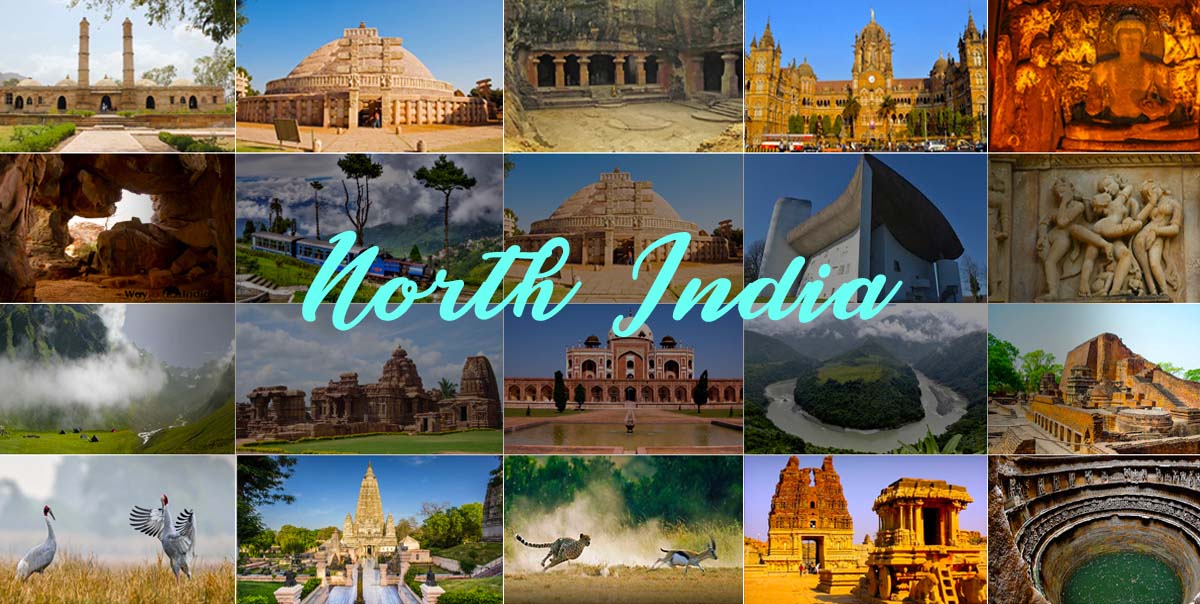