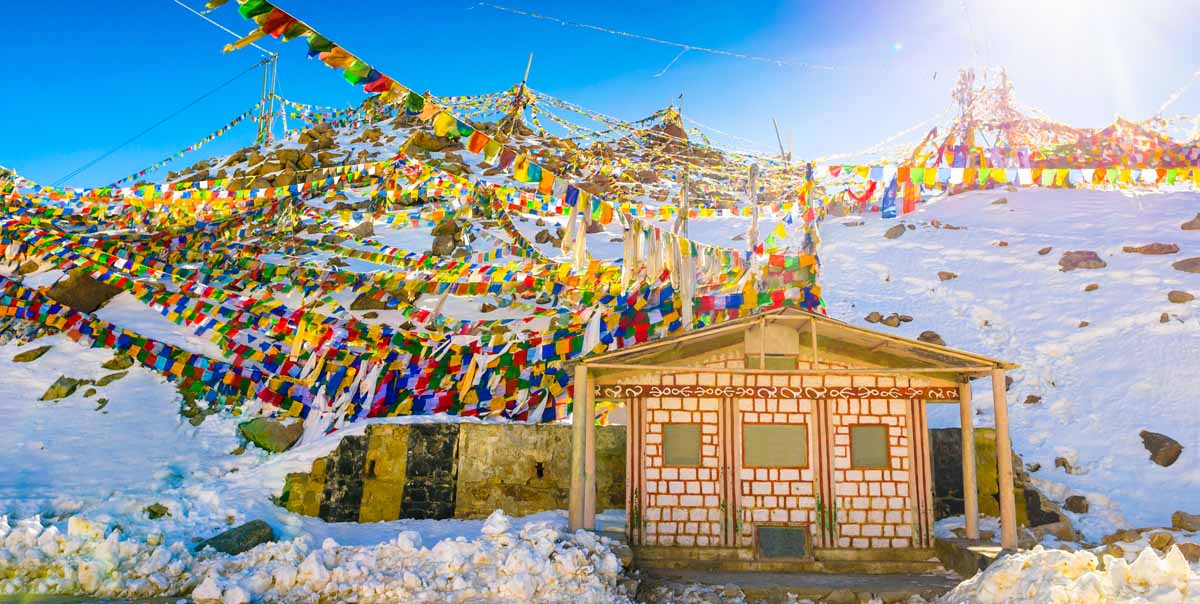 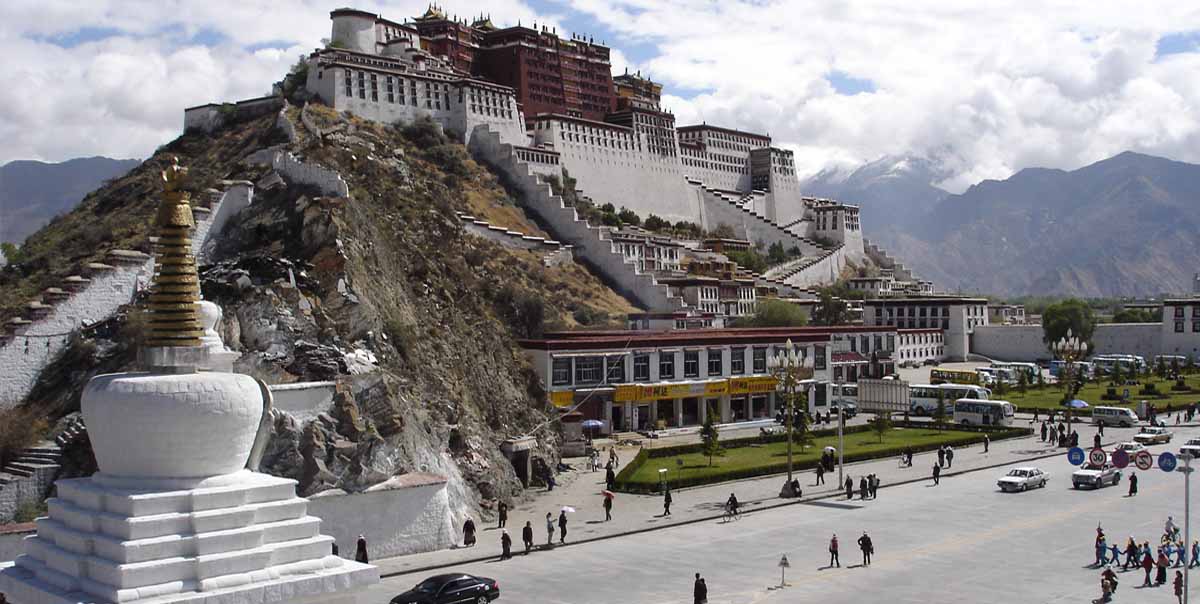 Upon arrival at Delhi international airport meet with our representative at the airport arrival lounge. After meet and greet transfer to the hotel for overnight stay.

After breakfast we will proceed for a full day guided sightseeing tour of Old and New Delhi. The morning we will be visiting Old Delhi where we will explore the ancient monuments, narrow streets, and bustling markets.
First, we will visit Old Delhi, the 17th-century walled city of Shah Jahanabad, Visiting the great Jama Masjid built in the year 1656 AD by the Mughal Emperor Shah Jahan, and it is the largest & best-known mosque in India. Later we walk down or take a rickshaw ride through Chandni Chowk, the old bazaar of Shah Jahanabad now a racy market to reach Red Fort, made in the year 1648 by Shah Jahan.
In the afternoon visit New Delhi, we will visit Raj Ghat, the memorial to the Father of the Nation, Mahatma Gandhi. It’s a simple black marble platform that marks the palace of his cremation on 31 January 1948. Further, we drive past India Gate, the memorial built in the year 1931 to commemorate the Indian soldiers who died in the World War I & the Afghan Wars. The names of the soldiers who died in these wars are inscribed on the walls. President's House, the official residence of the President of India, manufactured in the year 1931. Until 1950 it was well-known as Viceroy's House and served as the residence of the Governor-General of British Raj India.
We will also visit Humayun's Tomb, memorial of Mughal Emperor Humayun, made in the year 1562. The complex is a World Heritage Site and the 1st example of this kind of Mughal architecture in India. Qutub Minar, built in the year 1206 by Qutub-ud-din Aibek. It’s the highest (72m) brick minaret in the world, and significant example of Indo-Islamic Architecture.
In the evening come back to hotel for dinner and overnight remain.

Early in the morning shifting to the railway station to board the train for Chandigarh. Upon coming at Chandigarh railway station meet with our representative. After meet & greet we will proceeds for a short trip to Chandigarh gardens.
Later in the afternoon we will leave for Nalagarh, located just 65 km from Chandigarh. Upon coming check-in to the Nalagarh Fort. The fort is situated on a hillock at the foothills of the huge Himalayas affording a panoramic view of the Shivalik Hills beyond the Sirsa River. Nalagarh was ruled by the Chandela Rajput’s who originate from Chanderi in the Bundelkhand area of Central India. This extraordinary Fort with it is sweeping driveway was made during the reign of Raja Bikram Chand in 1421. The present Raja of Nalagarh and his relatives extends a Royal Welcome.

The morning after having breakfast discover the fort & enjoy its archaic beauty. Here will be enjoying an enjoyable walk within the green pasture & have a short village trip.
After having lunch, we will leave for Pragpur, situated at a height of about 1800 ft. in the Kangra valley & among the utmost panoramic regions in Himachal Pradesh. The small village of Pragpur is nestled below the majestic Dhauladhars ranges. Its unbelievably racy having held on the synopsis of an earlier era, cobbled street, unaffected shops, an decorative village tank, slush plastered and slate-roofed houses.
Upon coming at Pragpur check-in the Heritage resort of Judge’s court surrounded by an orchard of Mangoes, Leeches, and Grapes citrus & exotic trees like Camphor, Clove and Cardamom. The Judge’s court was made by Justice Jai Lal in 1918, & it was designed by his father Bhandari Ram Kuthiala. Overnight remain at hotel.

Today we will go for a full daytime tour around Pragpur. Here we will be walking through the Arcadian & beautiful villages of Pragpur. Now the core region of Pragpur is notified as a "Heritage Village", &, along with the nearby village of Garli, the surrounding area is a Heritage Zone. The Heritage village of Kangra valley is home of the well-known Kangra School of painting & perhaps the worlds - greatest certainly India's - oldest ruling lineage comes from here.
We will also visit the Sidh Channo Shrine at Dangra. In the afternoon we have a visit to the picnic point of Chamba Pattan, situated on the banks of River Beas. In the evening come back to the hotel Judge’s court for an overnight remain.

Today we will leave for Taragarh, situated about 70 km from Pragpur. Upon arrival check into the Taragarh Palace. The Palace is situated on a 15-acre forested estate surrounded by Tea Gardens in the Kangra valley. Placed within the foothills of Dhauladhar Mountains & offer a superb view of the snow- capped peaks.
The Taragarh Palace formerly well-known as Al-hilal (land of the crescent moon), was made in the early 1930s as a heated resort. It was bought by the royal family of Jammu and Kashmir in 1951 for the dowager Maharani who lived there for numerous years.
After having lunch, we will proceeds for village journey visiting the Andretta village (Andretta, Himachal Pradesh) to see Sobha Singh Art gallery, Andretta Pottery Society, the racy tea gardens of Kangra valley & the Tibetan village of Bir.
Overnight stay at Taragarh Palace.

Today we will go for a full day excursion to Dharamshala & McLeod Ganj visiting Bhagsunag temple, Water Fall, St. John Church, Talnoo Sunset point and viewpoint of Dhauladhar range, Naddi village, Dal Lake, and Dalai Lama Temple (as per the time allowance) etc.
Dharamshala, once very standard with the British, is today the residence & headquarters of His Holiness the 'Dalai Lama' who system his government in Deportation at McLeod Ganj. The town rises in levels up the mount from 1250m to 2000m with the orchestic peaks of the Dhauladhar rising above. In the colorful Tibetan township are the newly-built Gelugpa monastery and a school for Tibetan culture with an excellent library. The little shops sell Tibetan crafts & there are numerous restaurants that serve Tibetan food.
Later in the afternoon come back to Taragarh Palace for overnight remain.

Today we will have a short visit to the Baijnath shrine, situated just 05 km from the spot, this antique Shiva shrine is one of the oldest in the country & is believed to date back to the epopee Mahabharata. It has a tall shikhara, well sculpture & carved pillars.
Later come back to the palace for fresh-n-up & having breakfast. After having breakfast leave for Pathankot. Upon coming shifting to the railway station to board the a/c sleeper train for Delhi. Overnight remain on board.

Upon arrival at Delhi railway station meet with our representative and transfer to the hotel for day use. Later in the evening check out from the hotel and leave for the international airport to board the flight for onward destination.