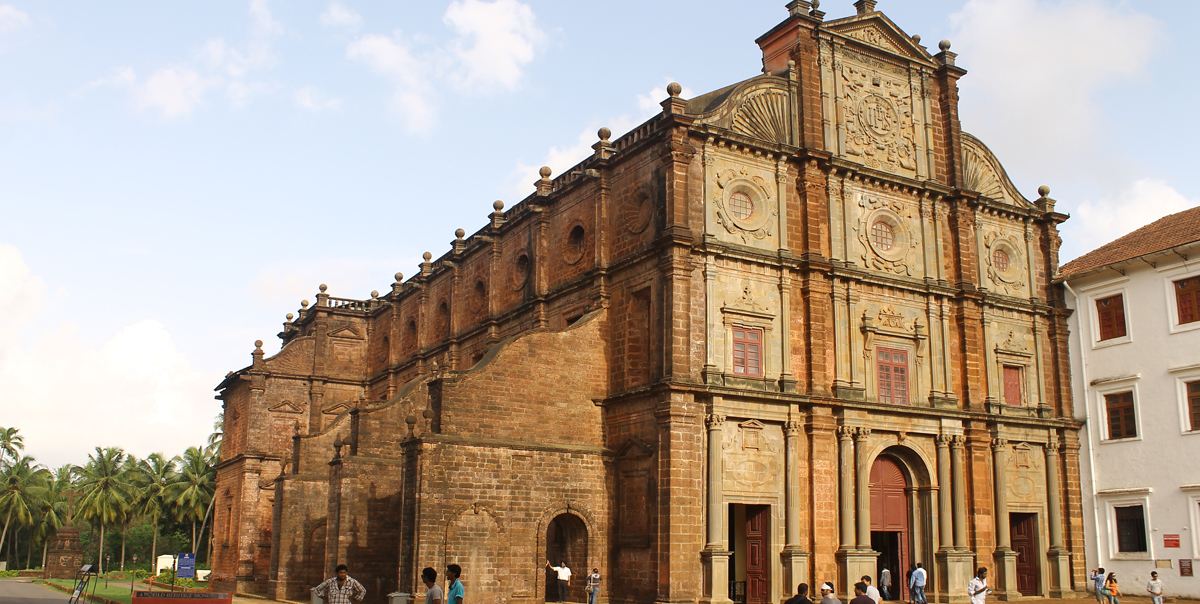 Upon arrival at Trichy International airport meet with our representative and transfer to hotel. If time permit we will opt for temple tour of Trichy. Overnight stay at hotel.

Morning after breakfast we will leave for Velankanni, famous for the church of our Lady of Health. Said to have been built on the prompting of a vision of lady with child in arms, this church is a place of pilgrimage for Christians all over the country. On arrival, check in at hotel. Evening free for religious activities.
Overnite at hotel.

Visit Holy Mass at mother Velankanni church. Overnight stay at hotel.
The Velankanni Church is in honor of the Lady of Health popular as the Madonna of Velankanni. Devotees to the church believe that the Lady of Health possesses miraculous powers. The Church is located on the shores of the Bay of Bengal more particularly at the Elliot's beach in Besant Nagar. Completely dedicated to virgin Mary and the Heavenly Mother.
It was even recorded in the manuscripts, that Mother Mary appeared once with Jesus in this small place somewhere near the 16th or early 17th century. From then onwards it is the favored destination of the Christians. Mother appeared in the dreams of Rev. Father Arulappa and expressed her desire of having a church in her name in that place. Arapulla toiled day and night along with Jp Dsouza, an engineer and finally dedicated it as Annai Velankanni Church. The Church had a humble beginning in 1971 from a small dwelling to a magnificent basilica declared open for the public in 1972. It houses an imposing 97 feet Belfry.
The devotees in Velankanni offer to Our Lady of Health candles in various forms in days of ailments. The tradition is that in case of cardiac complications, a heart size candle is offered, in case of jaundice, liver shaped candles, lungs problem then a case of tuberculosis and many others. After being cured of the disease many bring as offering small golden or silver replica of the organ that has been cured.

Morning after breakfast full day visit to Chennai Churches, visit including Fort St. George, San Thome Basilica, Theosophical Society, St. Mary's Church, Luz Church, Little Mount Church, St. Andrew's Church, Christ the King Church. Overnight stay at hotel.
Fort St. George:- The British East India Company under the direct supervision of Francis Day and Andrew Cogon built it in 1640 AD. This place achieved its name from Saint George, the patron saint of England. The fort houses Saint Mary's Church and fort museum. Saint Mary's Church the oldest Anglican Church built in 1680 and the tombstones in its courtyard are the oldest British tombstones in India. The Fort Museum has a fascinating collection of memorabilia from the British and French East India companies as well as the Raj and Muslim period.
San Thome Basilica : San Thome Basilica at the south end of Marina Beach was named after Saint Thomas (Doubting Thomas). High Court Building in Chennai,Tour of Chennai It is believed that he had come to Chennai in 52 AD and was killed at St. Thomas Mount just outside the city in 78 AD. Built in 16th Century by the Portuguese, in 1896 it was made a basilica.
Theosophical Society: It was formed to facilitate and encourage the study of comparative religion, philosophy and science situated in beautiful sylvan settings in Adyar. Founded by Madame Blavatsky and Col. Olcott in USA, the society was later moved to Adyar in 1882. St. Mary's Church: The oldest surviving English church in Chennai was completed in 1680.You will find the remainders of Robert Clive and Elihu Yale the early governor of Chennai in this church.
Luz Church: Dedicated to Our lady of Light and built by Portuguese sailors, this 16th century church is one of the oldest churches of Chennai.
St. Andrew's Church: Completed in 1821 in a classical style this church has an impressive blue dome decorated with gold stars. You can get excellent views from the top.

After breakfast we will transfer to the airport to board the flight for Goa. Upon arrival at Goa airport meet with our representative and transfer to hotel. Rest of the day at leisure. Overnight stay at hotel.
Goa, an ancient Portuguese colony, which became a part of Indian republic in 1961, has traces of its ancient culture, largely writ all over its churches, bungalows and layouts of the city.

Full day free for own activity. Overnight stay at hotel.

Transfer to the airport to board the flight for onward destination via Mumbai or Delhi.